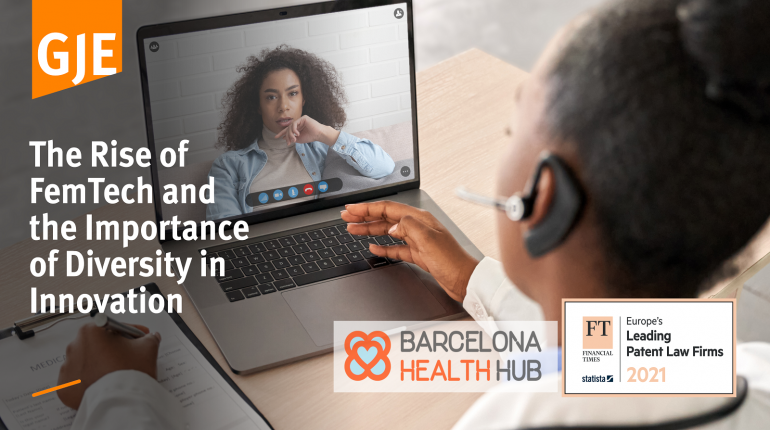 Inventors and designers inevitably add personal bias to any product that they design, even in circumstances when they are making products for the whole population.

The UK Intellectual Property Office carried out a study in 2019 titled “Gender profiles in worldwide patenting: An analysis of female inventorship”. It is clear from this study that many fewer inventors are female than are male, which is unsurprising in light of both anecdotal evidence and recent studies on female engagement with STEM education and careers.

Having a majority of male inventors can even have dangerous consequences for women. For example, when car safety equipment was first being tested, the crash test dummies used were built like the average male body, overlooking how this equipment might interact with the average female body.

As a result, when this equipment was used there was a higher rate of fatalities for women. Despite advances in this technology, when a woman is involved in a car crash, she is still 17% more likely to die than a man and 71% more likely to be moderately injured, even when data is controlled for factors such as height, weight, seatbelt usage, and crash intensity. This is often down to who the car is designed by and for.

Even in the tech world, the unspoken assumption that men are the default customer remains prominent. Lack of diversity within the innovation arena means that problems that could be solved are being ignored.

However, things are improving. Solutions and technology are beingdeveloped in areas that have not been addressed before. For example, fertility solutions, pelvic healthcare, women’s sexual wellness, pregnancy and nursing care, at home fertility monitoring device, and period care goods, amongst many other innovations are being developed within the rapidly growing Femtech sector, which is geared towards technology addressing the needs of women. Companies such as Elvie bring us closer to these solutions by developing Femtech hardware including a smart pelvic floor-training device and silent breast pumps.

Over the past 20 years, female participation in patent applications has increased to the extent that over one in five patents now have at least one female inventor. The fields of Biotechnology and Pharmaceuticals have the largest proportion of female participation, with women contributing to more than half of patents in these fields. So now is the perfect time for female led inventions to come to the forefront of technology and for female inventors to lead the way.

Increased innovation in this area is also clear in the patent data. The below graphs show the number of patent families for technology relating to period tracking, pregnancy, and pelvic health. The graphs clearly show that the number of patents in these areas are growing rapidly. 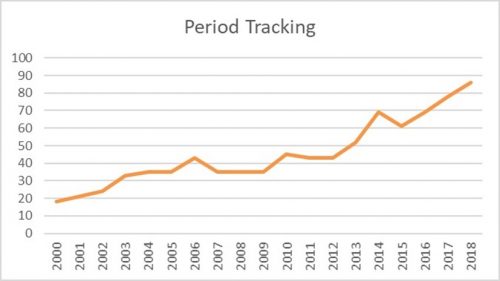 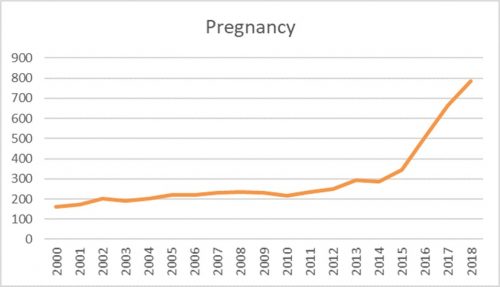 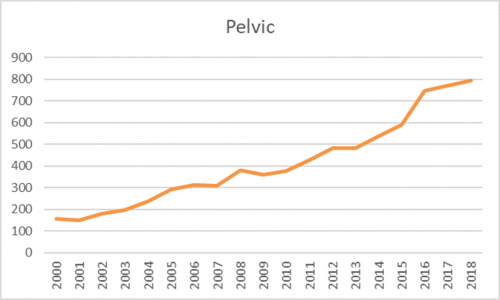 This is promising given the evidence which suggests that companies with patents are more likely to secure investment and grow more quickly. Venture capitalists often consider patents when making funding determinations, with start-up managers reporting that 76% of venture capitalists felt that patents were important to their funding decision. Furthermore, start-ups with patents are often able to access higher levels of funding than those without.

The global women’s health market is now expected to be worth $51.3 billion by 2025 and investors have begun to wake up to the possibilities. Venture capital funding for start-ups with at least one female founder has more than doubled from 2017 to 2018. In April 2019, Elvie received the biggest ever investment in a Femtech company with £32 million series B funding and they continue to grow.

In general, these trends are positive for Femtech and women in industry. However, it is clear that there are still opportunities for further innovation in the Femtech field, which are more likely to be pursued when investors recognise these opportunities and start investing at levels more in line with other sectors.

Gill Jennings & Every (GJE) are a specialist Intellectual Property firm, ranked No. 1 for two years running in the Financial Times’ listing of “Europe’s Leading Patent Firms”.   GJE’s specialist HealthTech group work with clients of all sizes to turn their innovations, brands and designs into commercial success.

GJE are offering free 1-2-1 IP clinics to all members of Barcelona Health Hub, providing an opportunity to discuss your specific IP strategy in confidence with a member of our specialist HealthTech team and obtain some initial free advice.  You can book a session by filling in the contact form here.