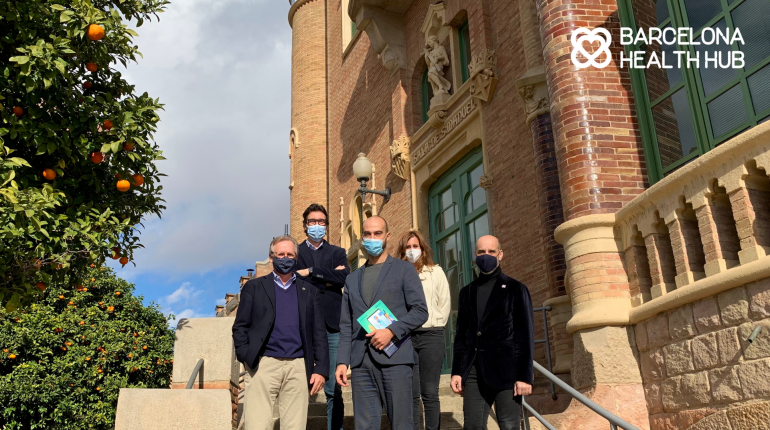 Mr. Juncà received a copy of the report of #YoPacienteDigital, the study of the virtual health consultation and its benefits for the healthcare system. The study was promoted and sponsored by Barcelona Health Hub, and its theoretical report has been led by Esade through its Institute for Healthcare Management.

The #YoPacienteDigital project includes an academic, scientific, legal and social analysis of the situation and it proposes international success stories and proposals to improve the Spanish healthcare system through telemedicine. 50 entities -including corporations, startups, hospitals, health institutions, universities and other relevant institutions- have joined the #YoPacienteDigital project already.

The report of the #YoPacienteDigital project is available for free in English and in Spanish here. Would you like to become part of the project? Get in touch and send us an email!