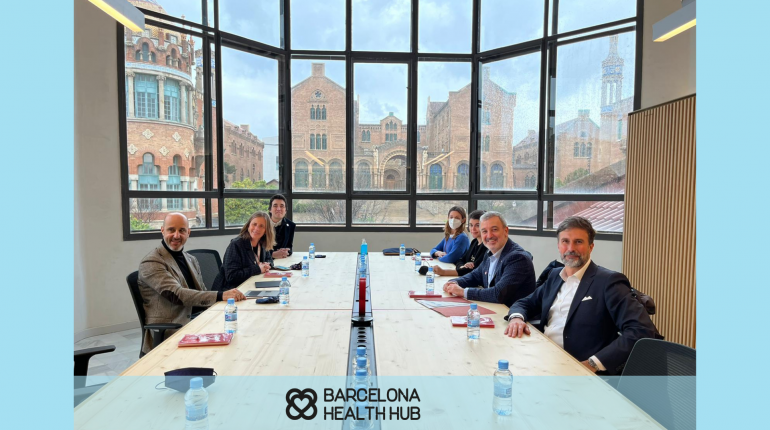 Mr. Collboni and his team were shown the headquarters of Barcelona Health Hub. They were met by BHH’s General Manager Eva Rosell, President Cristian Pascual and Chief Medical Officer Oscar García-Esquirol. They explained how BHH continuously works towards promoting innovation in digital health. They also showed them around the three pavilions that the Hub currently occupies within the Recinto Modernista de Sant Pau.

The representatives also met with several of the resident companies that have offices inside the Hub premises. They met with Miquel Angel Bru of Made of Genes, Rocio Paciarotti of Iomed, Frederic Llordachs of Doctomatic, Gorka García of Fagor Healthcare, and several members of the Mediktor team. 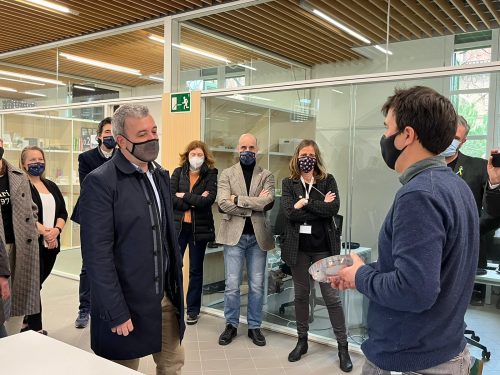 Mr. Collboni listens to Gorka García who explains what Fagor Healthcare does 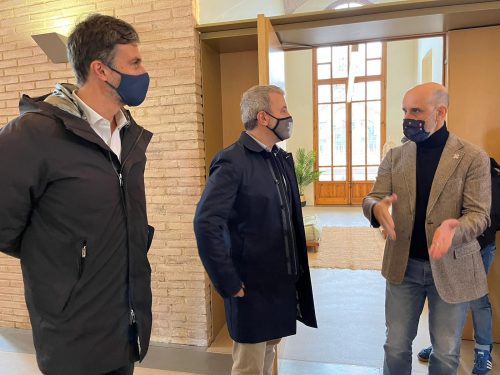 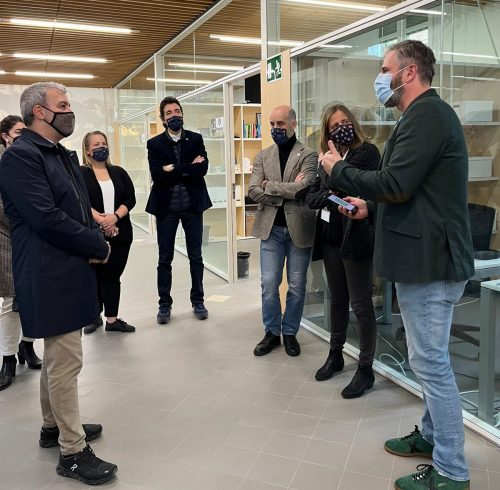 Frederic Llordachs explained about the work of Doctomatic 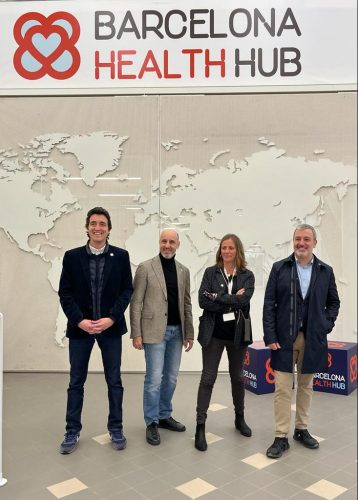