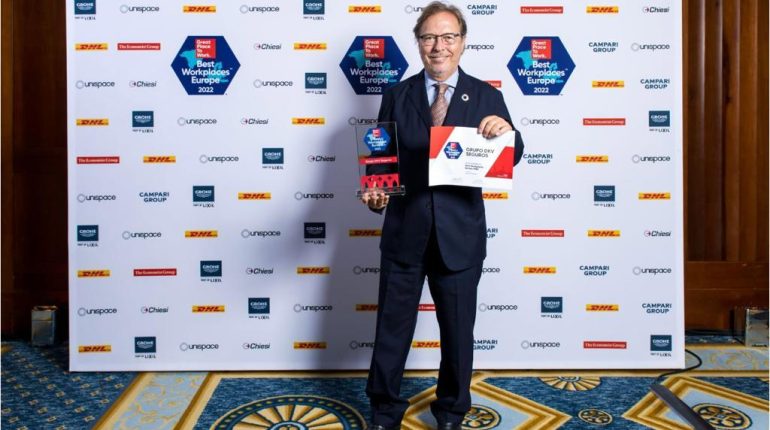 BHH member DKV gets 28th position among the best valued companies to work for in the category of organizations between 500 and 1,000 employees in the Best Workplaces in Europe ranking carried out annually by Great Place To Work®. The company is one of the few ones in Spain that have remained in the top positions of the Best Workplaces in Spain ranking for 14 consecutive years. In this year’s edition, it ranked 4th.

The full list of the ranking’s 20th edition was announced last night at the on-site awards gala in Venice, which was attended by Josep Santacreu. DKV‘s CEO assures that “being part of this BPTW ranking at a European level is a reward for DKV‘s daily effort to uphold the values that we established from the beginning and that we always want to maintain. We are proud to be among the Best Workplaces in Europe and that this recognition has been given to us by our employees.”

The Best Workplaces in Europe list is based on feedback from 1.4 million employees, from over 3,000 companies in 37 European countries. In addition, the data collected from each award winner shows information about trust in the company, company innovation, company values and leadership. Companies are also evaluated on how they are creating a For All™ workplace experience, which includes all employees no matter who they are or what they do.

Following the study on the organizational environment, which includes an employee questionnaire and a specific evaluation of the people management culture, DKV has obtained the recognition that accredits its quality as an organization with a culture of great trust, in which its personnel are motivated to give the best of themselves.