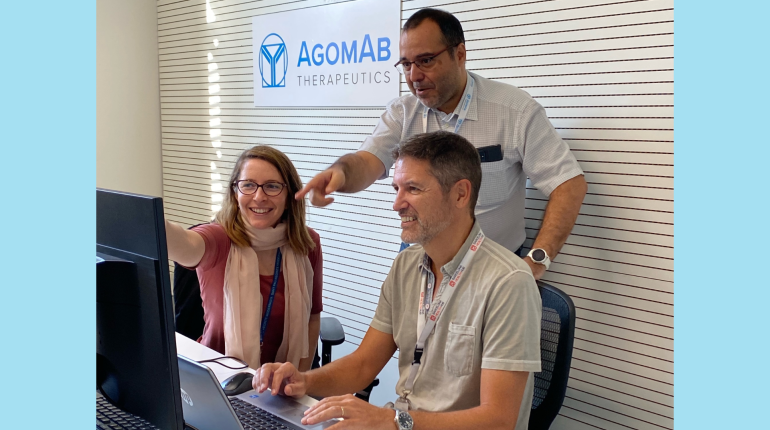 Agomab Therapeutics NV (‘Agomab’) announced that Fierce Biotech has named the company as one of 2022’s Fierce 15 biotechnology companies, designating it as one of the most promising early-stage biotechnology companies in the industry. BHH Member Agomab is a Belgian-headquartered biotech company developing a portfolio of unique small molecule compounds and antibodies that address the transforming growth factor beta (TGF-ß) and hepatocyte growth factor (HGF) pathways. Growth factor pathways play an important role in morphogenesis and tissue repair and are promising targets for addressing tissue injury and fibrotic remodeling in a range of high unmet medical need indications including fibrostenotic Crohn’s disease and idiopathic pulmonary fibrosis.

“The Fierce 15 award is a great endorsement of our team’s groundbreaking work and we are thrilled to join an outstanding group of companies that Fierce sees as the up-and-coming vanguard for our industry. This important recognition comes in a transformative year in which we have extended a major financing round, acquired another biotech company and successfully conducted a first-in-human study with our lead compound,” said Tim Knotnerus, Chief Executive Officer at Agomab Therapeutics. “We are developing a range of highly-innovative product candidates that address well-validated and potentially disease-modifying targets while overcoming the challenges of earlier attempts to target growth factors in fibrosis.”

The Fierce 15 celebrates the spirit of being “fierce” – championing innovation and creativity, even in the face of intense competition. This is Fierce Biotech’s 20th annual Fierce 15 selection.

An internationally recognized daily report reaching a network of over 450,000 biotech and pharma industry professionals, Fierce Biotech provides subscribers with an authoritative analysis of the day’s top stories. Every year Fierce Biotech evaluates hundreds of early-stage companies from around the world for its annual Fierce 15 list, which is based on a variety of factors such as the strength of its technology, partnerships, venture backers and a competitive market position.