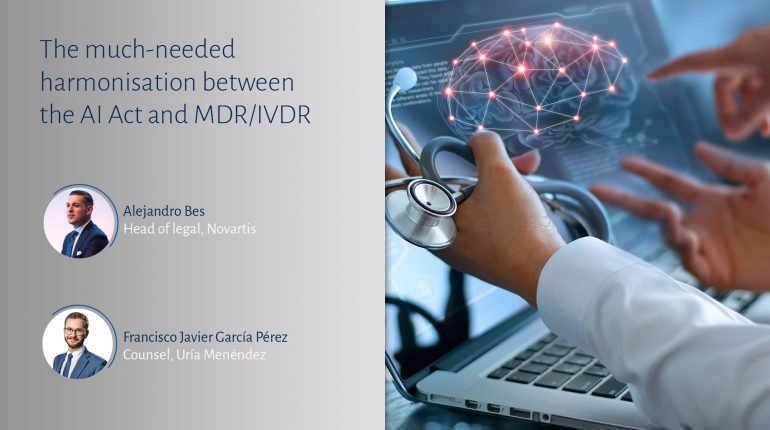 Alejandro Bes, head of legal of BHH member Novartis, and Francisco Javier García Pérez, counsel of Uría Menéndez look at the proposed EU AI Act. This new proposal has raised many concerns such as if medical devices using AI shall also be notified to other bodies and the liability regime applicable to medical device manufacturers.

The European Union is currently making considerable efforts to update its current legislative framework and adapt it to the digital era. On 21 April 2021, the European Commission issued a Proposal for a Regulation of the European Parliament and of the Council laying down harmonised rules on artificial intelligence and amending certain union legislative acts (AI Act). The AI Act aims to improve the functioning of the internal market by establishing a uniform legal framework to govern the development, marketing, and use of artificial intelligence (AI) in conformity with European Union values.